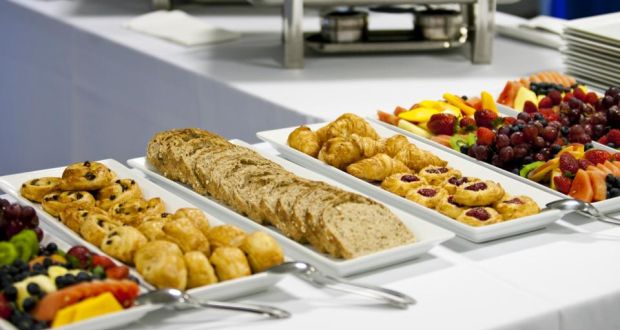 This is a bit of a crude example, but are we signed up for the all-you-can-eat buffet or are we dining à la carte in our spirit lives? Jesus came that we may have LIFE and have it ABUNDANTLY and that includes living in great freedom. He’s like the whole buffet, drink refills and Jell-O desserts included. Paid for in full, and have at it.

We seem to struggle with this. Some people seem to be tangled up more than others. It isn’t that Christ has freed some more than others, it’s that some of us haven’t fully accepted and appropriated what He’s done in our own lives. He’s purchased the buffet for us, but we’re stuck still trying to buy things off the menu. There isn’t some extra-supersized version of freedom that some get and some don’t… He came and freed us all from every sin that ensnares (Hebrews 12:1). All of us. Every sin. Every struggle.

The dots don’t always connect, though. Sure, Jesus came and died for our sins and we’re going to heaven… that’s our big picture. But setting down each little habit, temptation or struggle and accepting there is something better… it’s hard. We waste so much time slogging through the mud thinking ‘oh well that’s just life’ while all the time Jesus is saying ‘no, it’s actually not… I freed you from this already!’ We accept certain little sins and allow them to set up shop in our hearts.

A life of righteousness, peace and joy isn’t just a PERK to be enjoyed by some, it’s our RIGHT as children of God. Tozer said we have to be satisfied and convinced that it’s not abnormal to experience these things. “In a world where everybody was sick, health would be unusual, but it wouldn’t be abnormal. This is unusual only because our spiritual lives are so wretchedly sick and so far down from where they should be.”

Before we can walk this out, we have to realize this is what Jesus came and died for. We don’t need to beg or beat our fists at the skies, our ticket has already been bought and paid for. If we aren’t experiencing it, it’s because we haven’t fully accepted it and are trying to do something in our own power. Jesus is at the buffet! It’s all been provided for us!

If we are fearful or fretful it’s because we aren’t accepting what He’s already provided. Jesus didn’t die for our sins so we would be panicky Christians holding on to our lives with clenched fists trying to figure our next move. When we try to work things out with our intellect or strength we are limiting ourselves to the à la carte menu, which we all know is a huge rip off. Sin makes us freak out, it makes us irrational, and it makes us do really dumb things quite frankly. The enemy wants to keep us there as long as possible, thinking that spirit filled life is unattainable.

In a world where everyone is sick, yes it is unusual to be healthy. You stand out, and that’s a good thing. It isn’t abnormal, though to be well. Not in Christ’s eyes at least. We aren’t perfect, but we are well. Of course sin is sin and we make mistakes, but we also realize we don’t need to be ensnared over them. We have a ticket for the buffet and we are not going to settle for a small plate.

Tozer advises us to just meditate on that for a bit. Don’t fret. Don’t go out and do a bunch of things to fix yourself… just go see what Jesus says about it. He’s quite patient actually and more than willing to show us the way to the buffet.

It may not be perfect, but it can be well with our soul if we will just accept what He’s already purchased for us. Be WELL, friends!

One thought on “All You Can Eat Buffet… Jesus Style”