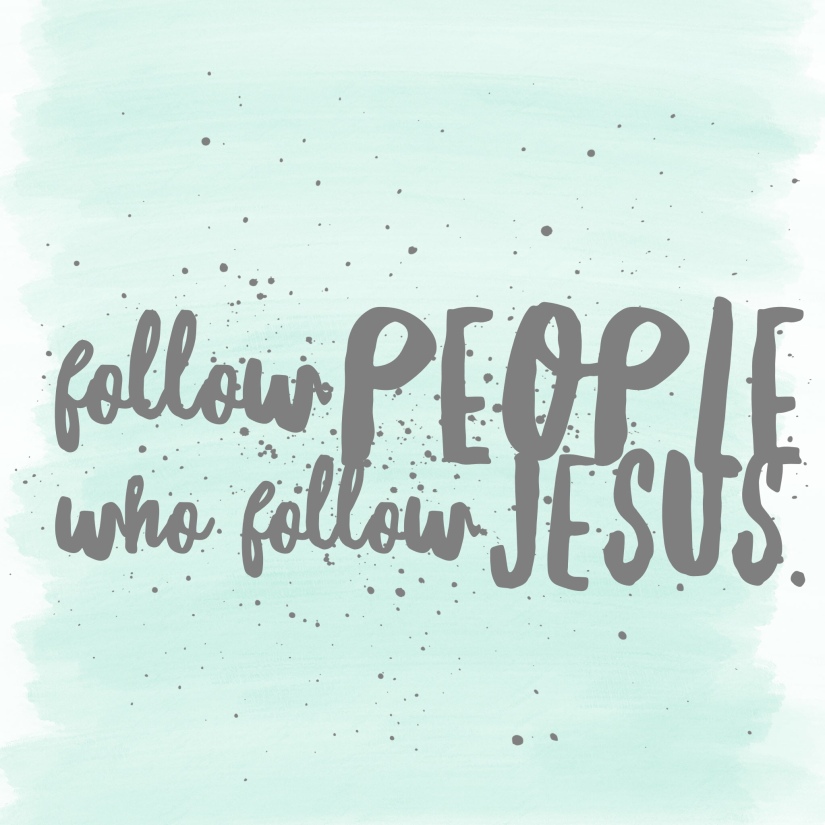 “That terrible zone of confusion so evident in the whole life of the Christian community could be cleared up in one day if the followers of Christ would begin to follow Christ instead of each other. For our Lord was very plain in His teaching about the believer and the world.” AW Tozer

I came across an incredibly thoughtful article  by Michael Kruger called The Power of De-Conversion Stories; How Jen Hatmaker is Trying to Change Minds About the Bible. Its a fascinating look at the ways some influential leaders are doing away with dusty old ‘traditional’ Christianity for a wider, more open, less dogmatic spirituality. The author references the “playbook” that often gets used to justify this new-found revelation or spin on traditional teachings and why it so easily entangles well-meaning Christians. I won’t dive into the specific arguments, I’d highly suggest reading the article, but I would like to lay out the basic arguments he uses as a jumping off point for some reflection. Here are five arguments that get used to bring others ‘out of the fold’ so to speak and into a more ‘culturally aware’ Christianity:

There’s a certain emotionalism attached to these points, and why not, we are not robots, but feeling human beings with God-given emotions and responses. All these arguments though, hinge on one main idea: how one group of sinners treats another group of sinners. The idea being, the church has behaved badly, therefore their beliefs were wrong all along. Perhaps if the ‘church’ were to actually believe and act Biblically there would be no need for a revamping of ideas in the first place?

“Evangelizing the found” as Kruger puts it, is a new-found passion for those who consider themselves more in-step with culture and the needs of hurting people than the average Christian. They must get the word out about how things have changed. Painting fellow believers as callous and uncaring while creating a new class of believer launches these teachers to success because it’s what our current culture thrives on. Something new, non-threatening and emotional. The masses have a history of being wrong though, Jesus told us that Himself:

“Enter by the narrow gate… because narrow is the gate and difficult is the way which leads to life and there are few who find it (Matthew 7:13-14).

It’s fascinating really, pulling people in with falsehoods and making the whole thing more about self than Jesus seems to be working like a charm. These arguments (taken from the article) are problematic to say the least: “When we struggled to find clarity… the Bible refused to cooperate; there’s never been unanimity ever on anything; reason and humility occupies too small a place in the analysis of the historical church and the progressive interpretation of Scripture; [we put in] an incredible amount of study and inquiry…”

Friends, the Bible has not once refused to cooperate with us, on any subject. The difficulty lies not in our inability to understand what it says, but as A.W. Tozer put it, “in persuading our untamed hearts to accept plain instruction.” That should sting a little. None of us are exempt from a rebellious heart. I certainly am not.

And there’s the rub: sinners among sinners, hearts with a choice to make, and we sit around looking at one another for assistance all while ignoring that dusty old book that  has the answers. We’ve muddied the waters by making it about ourselves. Human pride is a force, a wicked force at that, and when it stands tall, we find ourselves in tangled mess of our own doing.

Hatmaker and many others have twisted themselves into pretzels trying to explain away what God is very clear about, under the guise of compassion. If God’s word is fuzzy and confusing and fluid, why would I want to bother with any of it? You simply cannot take two thousand years of Christianity and flip it inside out because of a recent cultural shift. Here’s the truth: sin makes life difficult. We can’t be so afraid of addressing it, because when done in a proper Biblical way, it leads not to the condemnation Hatmaker so adamantly rails against, but to conviction and freedom. There is a huge difference.

The very idea that we must somehow read the Bible differently than people did a hundred years ago is absurd. Tozer asks, “What would people say if you backed them into a corner with the question, “Do you think God has been forced to change His mind?” I do not think anybody would quite have the courage to say yes. Nevertheless, they do say it little by little… ”

I do not think myself better than these Christians who have wandered out of the fold, I don’t think my heart is any less prideful or my words any more eloquent. We have gotten many things wrong in the Church both collectively and individually, but I am not willing to toss the baby out with the bathwater. I am not willing to turn a blind eye to my sin because the culture has decided it’s not sin. We are focusing on how to adjust to our sin instead of eradicate it, and what a waste of time that is.

There’s a verse in 1 John that came to mind as I read all these arguments and justifications:

“But the anointing which you have received from Him abides in you, and you do not need that anyone teach you; but as the same anointing teaches you concerning all things, and is true, and is not a lie, and just as it has taught you, you will abide in Him.” (v.27)

It isn’t that we reject all Godly teaching, this verse is the answer to the previous verse: “These things I have written to you concerning those who will try to deceive you.”

The solution to all of this is that we have an anointing inside us from the Holy Spirit that keeps us protected from error. The enemy gets as close to the real thing as he can and then he twists it all up into a giant lie. We don’t need this friends. We don’t need to play down what God has already ordained as truth, I’m not sure why we try. This isn’t checking your brain at the door, it’s laying down your selfish desire to be everyone’s savior and center of attention.

Anyone who honestly wants to understand the Word of God and His ways will never be led to confusion. Jesus is just too good for that. We can be both Biblical and gracious in our dealings with sin and sinners, ourselves included, but we must not be deceitful. We all have our blind spots, and we must be patient with each other. We should fellowship and encourage one another, but never to the point where we replace Jesus with a person.  Follow people who follow Jesus. Christ alone deserves the top spot on the pedestal, He is the only one who cannot fall from it.

Wife, mom, Colorado girl, Parisienne at heart. Living and writing about what happens when we surrender our lives to the great I Am. View all posts by SharaC

8 thoughts on “Converting the Found”